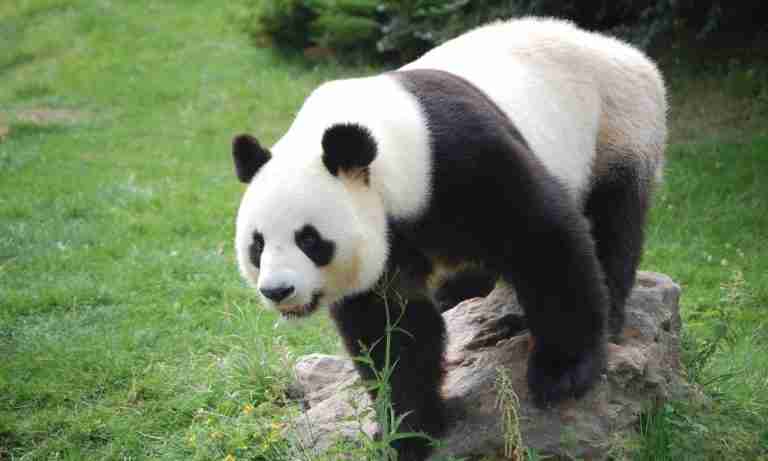 Pandas are cute and entertaining enough to melt your heart! Sadly, they are one of the rarest species in the world.

In this article, we’ll be looking at the 5 major reasons why pandas are very rare.

This is a major reason why giant pandas are rare in the wild. Many human activities in the environment have affected the living areas of many species.

Giant pandas are no exception to this. The Chinese human population continues to grow which leads to the development of more areas.

And as this happens, it takes over many of the giant pandas’ habitat regions causing their habitat to shrink. As a result, giant pandas are forced to live in smaller spaces and areas not quite suitable for them.

What’s more, destroying their habitat also involves the destruction of bamboo. And this is a major necessity for the survival of giant pandas in an area.

Giant pandas only live well in habitats that contain bamboo.

Although these creatures aren’t game animals, poachers and hunters often hunt and kill these creatures. And they do this mostly for the panda’s beautiful fur.

It’s illegal to hunt and smuggle pandas but this practice still goes on. As a result, it continues to reduce the panda population making them rare in the wild.

One funny thing about pandas is their mating. Not many pandas can successfully mate naturally. So this affects their population growth negatively.

What’s more, giant pandas only have about 2–4 straight days in a year to get pregnant. Hence, if they don’t mate within these few days, there’s no hope of having a cub throughout that year.

This is one of the major reasons why these creatures are close to extinction. Even breeding these cubs in zoos is a difficult thing to do.

With or without humans’ involvement, giant pandas aren’t the kind of creatures that multiply easily.

Newborn pandas have a high chance of dying soon after birth. In addition, it’s a bit hard for creatures like pandas to raise young ones.

Don’t get me wrong! Pandas are good parents and will do so much to make sure their young survive and grow healthily. However, female pandas can only care for one cub at a time.

They lack enough milk and strength to care for two cubs or more. If they happen to give birth to twins, they will only care for one and abandon the other one.

Funnily, they go for the strongest one. So throughout the year, a giant panda will raise only a single cub.

Pandas were originally carnivores but are now considered herbivores. And this is due to their great love for bamboo.

It’s funny how these black-and-white bears choose bamboo over everything else including meat, which they were originally designed to eat. However, this bamboo diet isn’t a lifesaver!

Bamboo is low in nutrients and gives little energy to pandas. This is why you see them sitting around almost the whole day and eating loads of bamboo.

What’s more interesting is that these creatures cannot survive on anything else that’s not bamboo. There are no alternatives!

So when pandas face a scarcity of bamboo in their habitat, they easily starve which can lead to death.

How Rare are Giant Pandas?

Furthermore, their distribution in the wild around the world is very little. Pandas are not just rare creatures based on their numbers. These creatures are native to China only.

And this means you can’t find them living in the wild in any part of the world except China.

More than 600 pandas are living in zoos, panda reserves, and breeding centers around the world.

This is a good number because it’s not an easy thing to breed giant pandas. It proves giant panda conservation works!

However, giant pandas only live temporarily in captivity. When they become mature enough, they go back to China (their native home).

There, the captive pandas might continue a panda conservation program before they finally join other pandas in the wild.

Are Giant Pandas the Rarest Bears?

Yes, giant pandas are the rarest bears among all the species in the bear family. These creatures are the most threatened bears in the world.

What’s more, you can’t spot these creatures anywhere easily unlike other bears.

In addition, most bears are native to different continents of the world. However, giant pandas can only be found living freely in the wild in China.

How Does the Government Help the Panda Population?

China’s government helps improve the giant panda population mainly by protecting their habitat. To do this, the government mapped out 13 reserve areas where pandas can safely live while they’re monitored.

It’s somewhat of an alternative to breeding giant pandas in captivity.

Nevertheless, these reserve areas can only be in China because they are simply protected parts of giant pandas’ natural habitat.

What’s more, the Chinese government along with WWF and conservationists make sure these reserved areas are very suitable homes for pandas.

It also involves reducing or forbidding farming activities in such reserved areas.

Furthermore, the Chinese government also has a law that forbids the illegal hunting, killing, purchasing, and smuggling of giant pandas.

And anyone who goes against this law will face a 10-year imprisonment sentence. This also comes with a fine for the confiscation of property.

Giant Pandas are very rare and close to extinction.

Additionally, both natural factors and human activities have contributed to their low population. Here are a few things to remember:

Understand that the rarer giant pandas are, the closer they are to extinction.

But looking at the success in panda conservation today, are giant pandas still likely to go extinct?

Check out the 5 Major Factors Driving Giant Pandas to Extinction!