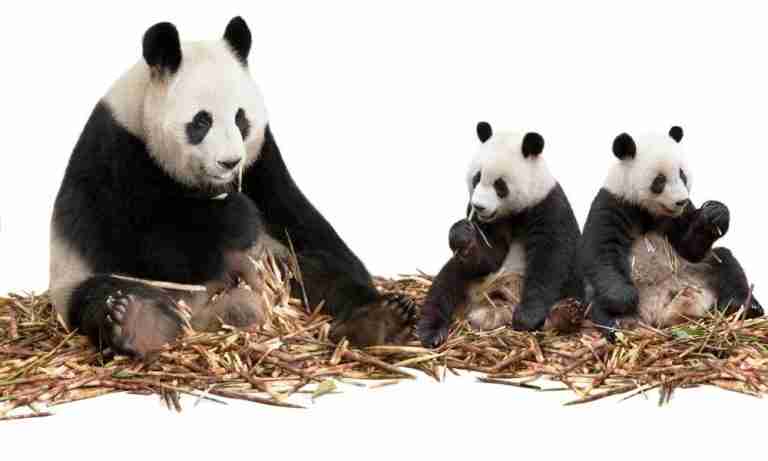 Breeding is important as it ensures the continuity of animal species. At one time, the pandas almost went extinct because of their poor reproductive rate.

Come to think of it, how often do the pandas breed?

By nature, a female panda is designed to birth in the coming year.

Compared to the other animals, the male and female pandas do not relate well with one another. But why do pandas refuse to mate?

Keep on reading to find out!

Why Do Pandas Refuse To Mate?

Most times, the giant pandas refuse to mate for the same reasons. In the long run, these factors affect their numbers, especially in the wild.

Check out these 4 possible reasons pandas refuse to mate:

1. They Have A Solitary Nature

In fact, a giant panda will climb a tree once it senses the presence of another panda.

Not only does this solitary nature expose the panda to predators, but it affects their breeding rate.

Although most pandas come together during the mating seasons, some may prefer to stay alone.

Perhaps this is why the giant pandas refuse to mate at the appropriate time.

2. Male Pandas Are Poor In Mating

Funnily, the female panda bears are not always willing to mate all the time. So, if a female is ready to mate, it may only be for a short period.

And if the females’ fertile period passes, the male pandas may miss the chance to mate.

3. Female Pandas Ovulate Once A Year

Female pandas do not ovulate more than once a year. Besides, the chances of getting the female panda pregnant are slim – between 36 to 40 hours.

If the male pandas do not make use of this chance during this period, mating and pregnancy may not be possible that year.

Interestingly, female pandas are naturally picky when it comes to picking males.

This means the female panda may refuse to mate if she doesn’t like any of the mates available.

Read Also – How Do Pandas Reproduce?

Due to the pandas’ low breeding rate, many zoos have come up with captive breeding programs. Without taking this important step, it is only a matter of time before the pandas go extinct.

Although the plans to breed pandas started in 1955, they only became successful in 1963. Ming Ming, the first captive-bred giant panda was born on September 9, 1963, in the Beijing Zoo, China.

Ever since then, there has been remarkable progress in the breeding of giant pandas.

Here are the 2 types of Captive Breeding Programs:

At the time when the scientists were first working on breeding the pandas, they realized it was a difficult task.

It is either the male pandas who lose interest in the mating game or don’t know what to do. Besides, the female pandas only ovulate once a year and are usually fertile between 24 to 36 hours.

Once this fertile period passes, the female pandas’ chances of getting pregnant become zero.  This is one of the major reasons pandas don’t breed very often.

By studying the pandas’ behaviors, the scientists were able to achieve success in the pandas’ natural mating process.

Over the years, the researchers have spent a lot of time gaining knowledge about the female panda’s estrous cycle.

In addition, these researchers make use of advanced medical technology, which is extremely important in the breeding process.

A few days before the female pandas approach their fertile season, they are given close attention.

To artificially inseminate the female pandas, the scientists sedate the animals before inserting fresh sperm into them. Within a short time, mostly a few hours, the female pandas regain their consciousness.

Keep in mind that the natural mating and artificial insemination of pandas do not automatically guarantee a pregnancy.

Most times, the veterinarians have to keep waiting and hoping that the fertilization process is successful.

Although the panda breeding program has been challenging, it has been progressing over the past 20 years. With the application of behavioral management strategies and scientific knowledge, there are over 600 pandas in captivity.

Considering the constant improvement in technology, there is hope that the panda breeding will continue to be successful.

Did you know that a female panda’s pregnancy can last from 95 to 160 days?

1.  A female panda can mate with many males who fight for her attention.

3. Male and female giant pandas only relate for 2 to 4 days

4. The pandas’ mating period is between March and May

5. Female pandas mostly give birth to one baby every 2 years, especially in the wild

7. Panda cubs are always blind and deaf after birth

9. Male pandas search for different female pandas that are in heat

Giant pandas, by nature, are designed to reproduce every two years. Pandas refuse to mate because they have a solitary nature, and the males are poor in the mating game.

In addition, the female pandas are picky when it comes to picking mates and they only ovulate once a year.

Furthermore, we explained the pandas’ captive breeding programs, which prevent the pandas from going extinct. They include the natural mating process and artificial insemination.

Finally, we listed 10 interesting panda pregnancy facts. If you want to learn more about panda cubs, check out this article – All About Panda Cubs