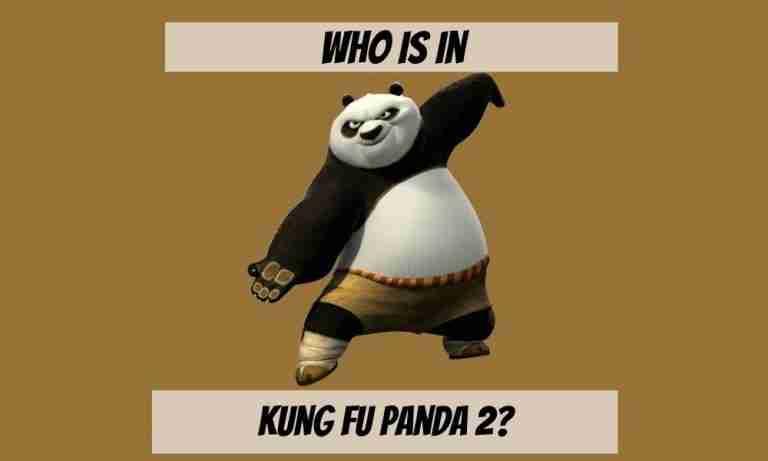 I know you are wondering if the cast in Kung Fu Panda will still show up in the second series (Kung Fu Panda 2).

Let’s answer this question below.

Here is the cast in Kung Fu Panda 2

The list above is the characters in Kung Fu Panda with their voice cover actors.

Now that you know who is featured in Kung Fu Panda 2, won’t it be nice if you also know who the villains in the movie are?

Let’s continue reading to find out.

Who Are the Villains in Kung Fu Panda 2?

Lord Shen is a Peacock warlord and the prince of  Gongman City, China. He wants to rule entire China with his destructive weapon.

Moreover, he developed this deadly weapon to kill Po and enslave the entire people of China.

This happened after he heard a soothsayer forecast his defeat by a warrior of black and white.

Furthermore, Lord Shen’s parents were disappointed in his wicked acts and they banished him from Gongman City.

However,  he promised revenge which he carries out with his pack of wolf bandits that steals and delivers refined metal to him.

He is the leader of the pack of wolves bandits and the owner of the armor that had the symbol Po saw during their fight. His goal was to carry out Lord Shen’s plan to fight Po and enslave the Chinese.

The peacock leaders of Gongmen City create fireworks, but Lord Shen, their son puts the invented gunpowder into evil use.

When he heard the rumors that a “warrior of black and white”(Kung Fu Panda) will win against him if he doesn’t stop, Lord Shen demolishes the clan of the giant pandas.

His parents were frightened by the genocide, so they banish him from the Gongmen City. As Lord Shen left he promised to come back to avenge his course.

A few decades later, Lord Shen and his army of wolves started to rob villages for thrash metal.

Po, the adopted son of Mr. Ping was the dragon warrior and was enjoying his Kung Fu, but Shifu warned him that he has not attained his inner peace yet.

Po and his five men gang showed up and fought for Gongman City which was under Lord Shen’s bondage.

In the course of justice, Po’s focus was distracted by a symbol on Shen’s plumage that reminded him of his mother.

He was baffled by the thought of this symbol long enough for Shen and his bandits to escape.

Po inquired his adoptive father about his background and the goose told him the whole story of how he found and adopted him as his son when nobody acknowledged he was their son.

Po, finally attaining inner peace, was able to remember that his father Lieu went down battling, while his mother had to hide him in a radish crate and distracted Shen and his army so he (Po) could live, losing her own life.

Afterward, they faced the wicked villain and his pack of bandits, fought with their last strength, and got injured as some lost their lives in the cannon blast by Shen.

Interestingly, Po stood alone against Shen, conquered him, and also reunited with his adopted father, Mr.Ping.

Do you want to watch Kung Fu Panda 2? Click here to know the different sites to watch this movie.

Is Shifu in Kung Fu Panda 2?

Yes! Shifu was the master who challenged Po to fight the pack of wolf bandits so he can have his inner peace in Kung Fu Panda 2.

What Animal is Shifu?

Master Shifu is a red panda.

Furthermore, Lord Shen’s intention was to enslave China. And he nearly achieved it if not for the interception of Po and his five men.

They conquered Shen and his pack of wolves, and Po finally reunited with his adoptive father.

Do you want to know where to watch Kung Fu Panda 2?  Click here to learn more!