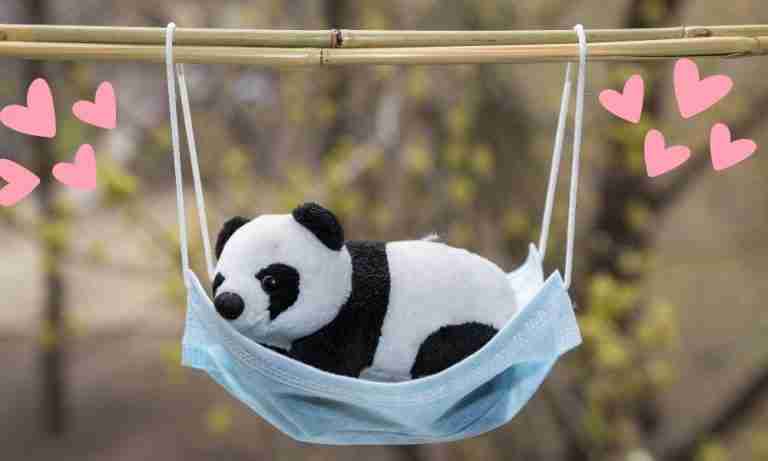 No matter how cute pandas are, it’s impossible to own or keep them as pets. This is because they are endangered animals.

Maybe you just bought a panda plush toy for yourself and you’re having difficulty giving them names.

In this article, I will take you through the cutest name ideas for your plush toys!

Our Top 13 Pick for the Cutest Panda Names

Here’s a list of our top cutest names for both male and female pandas.

If you are looking for nice and sweet names for your female teddy panda, be sure to check out the list below.

If you are out looking for cute names to give your male panda toys, go through our list of male panda names.

Pandas are not just cute and interesting animals, they are also superstars in adventure and animation movies.

Here are eighteen cute panda names that were used in movies.

A Panda Is Born (Documentary Movie)

Finding unique panda names from Minecraft can be sometimes tedious and stressful.

Knowing this, let’s take a look at some cute Minecraft panda names you can adopt.

PUBG games are popular and normal things that gamers do, especially young vibrant boys in their Chineseleisure. Since it was released, it has gotten tons of players and is still counting.

20 Cute Panda Names For Adopt Me

Adopt Me is the number one game on the game development platform ‘’Roblox’’ with over 28 billion visitors and 1.92 million record CCU.

The game is just about adopting cute and nice pets, decorating your home, and then playing it with friends.

Here’s a list of Adopt panda names you can use for your pet.

CHECK OUR COMPLETE LIST: 279 Names for Panda in Adopt Me (W/ MEANING)

Panda english names are as cute and cuddly as pandas themselves. These sweet and adorable names are inspired by the pandas’ nature, colors and behavior.

Basi is the name of a female giant panda born in 1980 in the Sichuan Province of China.

She was the original model of Pan Pan, in the Mascot Asian Games that took place in 1990 in China. Basi lived for a while and died at 37 years old in captivity.

Xiang Xiang was the first female panda to be released into the wild after being bred in captivity. She was born and raised in the Sichuan Province of China, then died on the 19th of February 2007.

Mei Sheng is the first baby of Bai Yun and Gao Gao. She’s the second female giant panda that was born in the San Diego zoo.

Tao Tao was a female giant panda that was born and raised in Gansu Province of China. She lived without cubs for 36 years and was known as the oldest giant panda at the time she died in 2008.

He was born on the 6th of September 2006 at the Atlanta, Georgia Zoo. His mother Lun Lun, has a record of 35-hour sitting in labor during his birth. He was identified as a female by the zoo staffers in Atlanta.

Is a giant male panda who was born in China in the year 1985 and died on 28 December 2016 in China. His children include Bai Yun, Tian Tian, and Gu Gu. Pan Pan was the oldest male giant panda in captivity at the time of his death.

Is a male giant panda born on 25 September 1999? The owner is Beijing Zoo and their parents are Pan Pan. He was popular after he attacked zoo visitors who got close to his territory

She is a giant female panda. In history, Hua Mei was the first giant panda baby to survive until adulthood in the USA.

The Japanese language has cute panda names that you would love to give your panda stuffed animal. see the names listed below.

Pandas are gentle giants that sometimes give birth to lovely twins. Ideally, twins are given names that sound or look alike, here are twin panda names you might consider.

How to Create Your Own Cute Panda Names (In 6 Simple Ways!)

There are many ways you can create a name for your panda, let’s continue reading to find out.

From food or fruits

From the weather, or time of the day

From colors, their characteristics, or texture, then add “y”

You can create a panda name by repeating words or syllables

You can create unique panda names from people’s name

From shapes and sizes

There are no limits or rules to what name you can give your panda.

You can choose from the list of names mentioned in this article or follow the guidelines to create your own names.

It is totally acceptable to create your own names provided you are happy with them.

Naming your panda is a simple way of recognizing them, and showing how much you value them.

Now that you have an idea of the names to give your panda, do you know you can get more names?

Go through our article ‘’140 Best Names for Panda Stuffed Animals’’ to see a wider range of panda names you can choose.