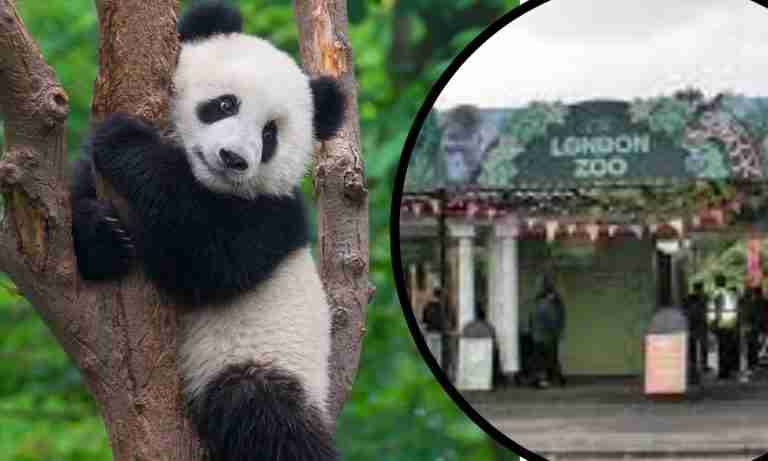 London Zoo is popularly the world’s oldest scientific Zoo. It’s also a zoo many people visit expecting to see unique animals that are hard to find somewhere else.

However, giant pandas are one of the world’s unique and rare animals, but are they in London Zoo too?

No, there are no giant pandas currently in London Zoo. This zoo is among the zoos in the UK without giant pandas.

However, they’ve had a list of pandas before if you go down their history. But, you can’t find them anymore in the zoo.

Now, you might also want to know why these pandas are no longer in the zoo. What happened to them?

Why Giant Pandas are Not in London Zoo Anymore

A major reason why giant pandas are no longer in London Zoo is that they’ve not had plans on getting new pandas.

They’ve made no new loan agreement with China on bringing a panda to the zoo. The pandas had left the Zoos in different ways.

Most of them died and most of them had to leave the zoo after their stay expired. So, now you know there were pandas before. In fact, there were many of them!

Let’s get to know some of these pandas, especially the ones that made the zoo famous at that time.

Keep reading as we discuss them below…

Were There Any Pandas Before?

Bao Bao (male) and Ming Ming (female) were the last pandas in London Zoo to date.

These giant pandas arrived at London Zoo based on loan agreements. This was in the year 1991.

More especially, they came to London Zoo to breed. Moreover, Bao came from Berlin Zoo and Ming Ming, from Chengdu.

However, it was hard to fulfill the purpose of their stay in the Zoo. The two pandas didn’t get along. As a result, mating was very difficult.

As they couldn’t breed,  they left the Zoo in 1994. That was the last time they were last seen in London Zoo.

Ming Ming left for Xiangjiang Wild Animal World in China. Whereas, Bao Bao was sent back to Berlin Zoo.

The pandas, Chia Chia (male) and Ching Ching (female) were another popular pair in London Zoo. They both came to the Zoo on September 17, 1974.

During this time, panda diplomacy had already started. However, they were not on any loan agreement. They were political gifts from China to London.

Moreover, they became popular in the zoo. At that time, their stay in the Zoo also doubled the Zoo’s attendance.

Funny enough, they were only interested in eating lots of bamboo and sleeping. This kind of behavior makes giant pandas very fascinating.

Getting romantic with each other wasn’t just their thing! So, it was just hard for them to have babies.

A few years later, Ching Ching passed away. Afterward, Chia Chia was sent to Mexico for another breeding program.

Very soon after her arrival, she became the Zoo’s star animal. Moreover, among the few things that made her famous, Chi Chi was the idea behind the WWF logo.

Almost all her life she was under the care of the Zoo. Unfortunately, Chi Chi died on July 22, 1972.

However, to remember London Zoo’s most famous animal, they had to stuff her and place her in the Natural History Museum. Today, her body remains in the Zoo for many to see.

Although she was the most famous, she wasn’t the first-ever panda in London Zoo or the UK. Meet London Zoo’s as well as the UK’s First giant pandas below.

Five giant pandas arrived in London on Christmas Eve in 1938. This included four adults and a cub.

They were all nicknamed Grandma, Happy, Dopey, Grumpy, and Baby (the cub). However, Grandma (the eldest) died weeks after their arrival.

Happy didn’t stay in London and was sold to a German dealer, which wasn’t legal. Nevertheless, the remaining three were sold to London Zoo and became the Zoo’s first giant pandas.

The zoo recognized these giant pandas as China’s property and renamed them. The cub was named Ming—the popular “Ming the panda”. She was however the first panda cub in the UK.

The other two adults were renamed, Tang and Sung. These names were according to the three of the Chinese Dynasties. So, these three pandas were the first-ever giant pandas in London Zoo.

However, it was hard for the zoo to care for these pandas. As a result, the pandas couldn’t survive and didn’t last long in the zoo.

The reason was that there was not much knowledge about pandas then compared to now. More also, their choice of bamboo and the way they eat.

Where Can I Find Giant Pandas Then?

These are the nearest locations, especially zoos in Europe, that have giant pandas.

Some of the pandas are Chi Chi, Chia Chia, Ching Ching, Bao Boa, and Ming Ming.

However, you can still see giant pandas in locations close to london. We included most of them in this article.

You can also read our full article, “What Zoos Have Giant Pandas?” to see other zoos that have giant pandas around the world.