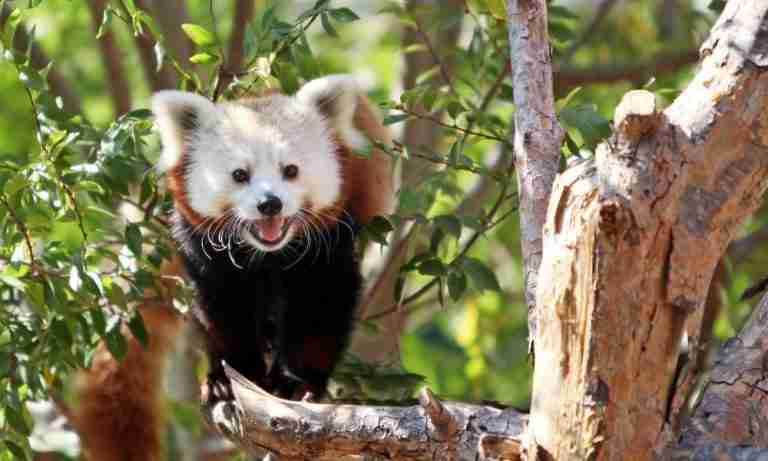 Recently, there’s been a lot of talk about saving the red pandas. In fact, many programs are created to prevent them from getting extinct!

So why exactly are the red pandas worth saving?

Keep reading as we discuss the different reasons below.

This is what anyone will call amazing. This is a very unique lifestyle of this creature that still shocks the world today.

This, along with many other things, makes them very important creatures and worth saving. Owing to their uniqueness, they’re celebrated on a particular day every year.

This day is known as “The International Red Panda Day” and this celebration happens yearly on every third Saturday of September. It’s a day set aside to help people learn more about these creatures.

Bamboo grows aggressively. They will continue to spread if not properly controlled. Their overgrowth disturbs the proper growth of plants around them and can cause them to degrade.

For these reasons, bamboo’s growth needs to be kept in check. Red pandas don’t just eat bamboo but survive mainly on it.

Hence, they serve as natural bamboo pruners in the ecosystem. And as they feed on bamboo every day, they go for newly growing shoots and the top of the bamboo.

#3 These Lesser Pandas are the True “Pandas”

Due to the popularity of the giant pandas, many recognize them as the main pandas. And this popularity has grown to the extent that they are simply called pandas.

However, you should understand that the red pandas are the first to earn the “panda” name. That’s right! Red pandas were the first creatures that amazed the world with their bamboo-eating habit.

Furthermore, it was approximately 50 years later that the discovery of giant pandas came about.

#4 They are the Only Living Members of the Ailuridae Family

Red pandas are among the creatures in the world today that have no relatives belonging to their family, “Ailuridae”.

In other words, red pandas are the only surviving species of the Ailuridae family. This equally means if red pandas go extinct, there will be no members of this family left in the world.

Hence, red pandas are important species. Their existence means the Ailuridae family of mammals will continue to exist.

#5 They Represent their Habitat and Region

That’s right! Red pandas represent their habitat as well as other living creatures in it.

Some of the common animals in the red pandas’ region include barking deer, clouded leopards, snow leopards, martens, and many species of birds.

They have become symbols of their habitats and that makes them important creatures.

South Asia is well known for red pandas and many other species. Since red pandas are native species of this area, their continuous existence protects the ecological integrity of their area.

Ecological integrity is all about the wholeness of an ecosystem. And with red pandas out of the picture, this particular ecosystem will be incomplete.

In addition, the conservation of the red pandas’ habitat helps their area to keep on reflecting their natural condition. This is also another way red pandas keep South Asia’s ecological integrity intact.

In the red panda’s ecosystem, they have a role they play as prey animals. Red pandas remain important creatures in their habitat as their predators depend on them for food.

Hence, the existence of red pandas in their habitat contributes to the survival of their predators. In addition, this predator-prey relationship helps build a healthy ecosystem.

And if you’re thinking, predation endangers red pandas, it doesn’t!

Interestingly, red pandas live in the forests that happen to be the lungs of South Asia. Furthermore, you should know that the conservation of red pandas also involves conserving their habitats and region.

Hence, as red pandas continue to thrive in their region, they guarantee the health of these forests. And if these forests keep being in good condition, they can tackle global climate changes.

This, in turn, creates a healthy environment for the plants, animals, and people of South Asia.

Their presence brings many visitors and tourists from around the world. This, in turn, improves attendance and equally generates more money for zoos.

#10 Their Existence Proves that Conservation Works

Without human conservative efforts, it may result in the extinction of the red pandas. These creatures face different threats in the wild that reduce their population easily.

In addition to this, their population is gradually increasing as humans began to help them. Hence, if you can still see a red panda today, they are evidence to the world that conservative efforts are effective in saving any species.

Understand that red pandas’ unique needs, which make saving them harder. However, there has been progress over the years.

#11 They are Excellent Additions to Animal Biodiversity

Interestingly, red pandas add to the millions of animal species in the world. But that’s not all! these creatures aren’t only another species but very special ones.

Unlike many animals in the world, red pandas are just one of a kind! There’s nothing on the plant like a red panda.

Come to think of it, they are the only members of their family. So won’t feel right if the world gets to lose such an amazing species.

They remain important creatures for many years to come.

#12 They Help in Monitoring a Global Biodiversity Hotspot

Did you know that the Eastern Himalayas is a well-known part of the planet? They are special additions to global biodiversity.

Interestingly, red pandas happen to be native to this region. It’s a region that suits the needs of the red pandas.

Hence, conservationists can study the well-being of the eastern Himalayas through red pandas’ actions in this area.

Sometimes red pandas can permanently move from one area to another part of the Eastern Himalayan region. And this kind of migration is mostly associated with food availability and better living conditions.

Furthermore, this can tell conservationists that something is wrong with the former living area. This way, they can check it and work on it where necessary.

These creatures are arboreals. They will need trees to survive, as they can’t live anywhere else. Hence, a part of their conservation involves the planting of trees in their habitats.

Interestingly, this isn’t only beneficial to red pandas but also to the people and communities living close to their habitats. Most of these communities depend on the forest for their survival.

And without the presence of trees, the forest will be no more.

To sum up, red pandas are important to the world, and here’s a summary of the reasons below:

As red pandas are important, their survival isn’t it hasn’t been easy. This is because they’re endangered for many years now.

Click here to know when a red panda was listed as endangered.