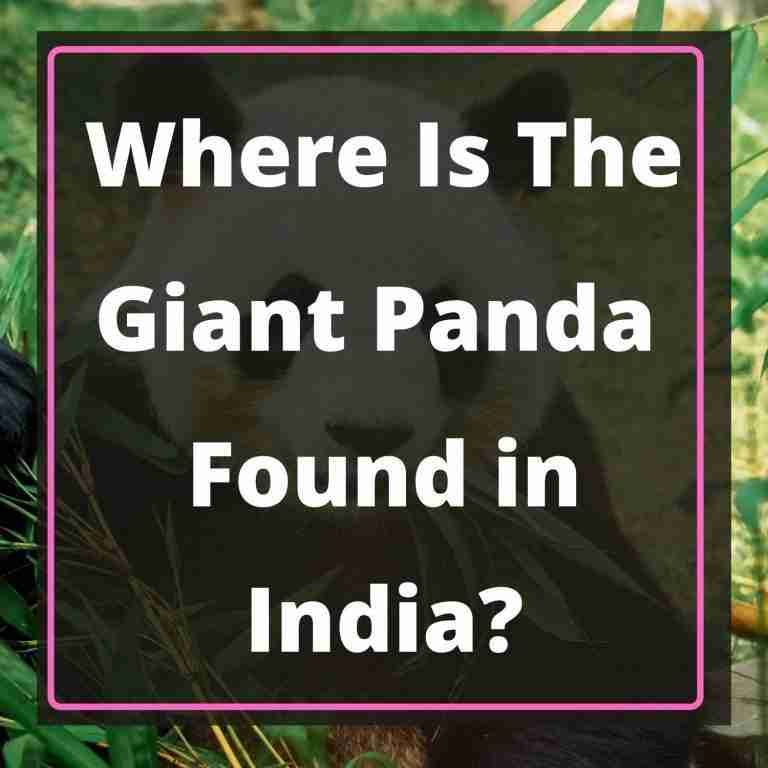 Giant pandas are only native to China and are also a property of their government. However, they are also found in most Asian countries living in zoos.

Looking at other big countries in Asia, I wonder if India has any giant pandas. And if so, where is the giant panda found in India?

Giant pandas can’t be found in India. You can’t see these cute creatures anywhere in India, both in the wild and in zoos.

The Indian zoos are only popular for red pandas which aren’t even related to the giant pandas at all.

Having known this, you might want to know if India can have giant pandas. Come to think of it – is a giant panda allowed in India?

Let’s read on to find out…

Is a Giant Panda Allowed in India?

It depends. Certainly, India would want a giant panda. And also, these creatures are allowed in this country.

However, getting one in their country isn’t based on whether they want giant pandas or not.

It depends on how much protection and care they can give these creatures who are gradually escaping extinction.

China looks at the countries they lease giant pandas to. They check to make sure these cute bamboo bears can live comfortably in such a country.

It could be that China themselves can’t allow a giant panda to live in India.

If you’re still curious why there are no giant pandas in India, check out the next article

Why There Are No Giant Pandas in India

There are no giant pandas in India because they are not prepared to have one. For pandas to be in India, they must come as a loan from China.

Before 1982, China normally offered giant pandas to different countries as gifts. This was before this “leasing agreement” came about.

However, it was unfortunate that those countries couldn’t handle them.

Presently, China gives out these cute bears to countries on a loan for 10 years. They do it as a tool of diplomacy. Also, this loan comes with a yearly fee of about $1,000,000.

Aside from China, there are about 20 of these countries with giant pandas living in their zoos. These countries are both in Asia and outside Asia. See them below:

In these counties, giant pandas can’t live in the wild as the habitats there won’t suit them.

In addition, most Asian countries with giant pandas like Japan & South Korea are more developed than India. This is why they can handle giant pandas.

India is known to still be a developing Asian country. So, caring for creatures like giant pandas might not be something easy for them to do.

In the US, zoos with pandas like the Atlanta zoo spend up to $500,000 on their pandas every year.

This has nothing to do with the loan fee at all. So, this is something India might not be able to handle.

In addition, before offering giant pandas out, China checks any countries to make sure they can comfortably care for them.

To China, these cute creatures are national treasures!

So, for India, they might not be able to handle giant pandas.

Can India Ever Get a Giant Panda?

Yes. But only, If India could develop so fast, they would be able to invest in giant pandas. Also, having the resources, time, and financial capacity to care for these creatures.

If they could achieve this, China could consider letting giant pandas into their zoos. But with their current state now, getting a giant panda is nearly impossible.

Although China places the loan fee based on the economy of a country, it’s still much for a developing country like India.

So, for India, spending so much time and resources conserving pandas isn’t what they’re fit to do.

The zoo keeping, setting up their habitat-like areas and specialized care are all very expensive to maintain.

In summary, there are no giant pandas anywhere in India. They are not against having a giant panda at all.

However, India is still a developing country and the cost of having one is so much. Aside from the loan fee, a lot has to be spent on these creatures, especially in zoos.

As creatures that are slowly escaping extinction, their safety is important. There’s so much care needed in conserving these animals and boosting their population.

All these are quite expensive for India to do.

So, they are the main reasons a giant panda hasn’t come to India yet just, unlike most other developed Asian countries.

In addition, to know where you can find the giant pandas, read the full article: Where do giant pandas live?

Don’t forget to share this with your panda-lover friends!