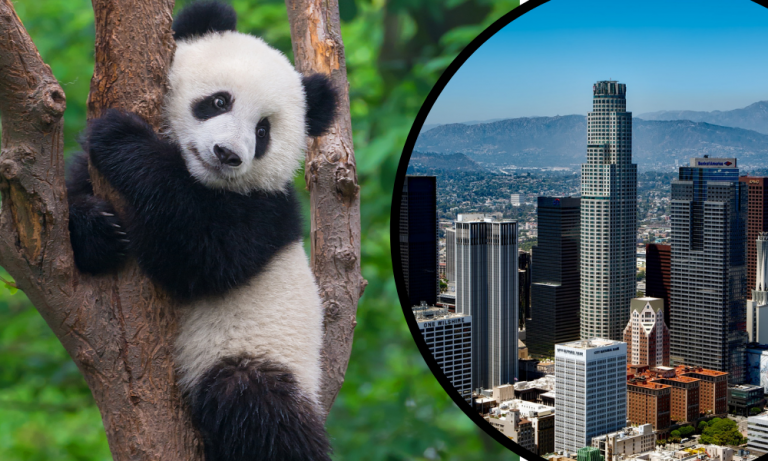 The Los Angeles Zoo is one of the zoos in the US where you’ll find many threatened animals. However, are there giant pandas in LA Zoo too?

No! There are no giant pandas in the LA zoo. This makes the Los Angeles Zoo one of the zoos in the United States without giant pandas.

This is because the zoo has not made any agreements with China to have giant pandas.

However, the question now is – did LA Zoo have pandas before? Even though the LA Zoo doesn’t have any pandas at this time.

Did LA Zoo Have Pandas Before?

Yes, the Los Angeles Zoo had giant pandas before. This was in 1984 during a summer Olympics held in LA.

China honored the Olympics and loaned giant pandas to Los Angeles as a means of honoring the Olympics. They were Ying Xin and Yun Yun.

They came into the zoo on July 20, 1984. However, they only stayed for about 3 months. However, their stay brought more visitors.

This helped to increase attendance and membership records of the zoo. The giant pandas were everyone’s favorite at that time!

Visitors will wait in line for hours just to see these pandas for only a few minutes.

List of Animals You Can Find in LA Zoo:

The Los Angeles Zoo is home to over 2000 animals. Here are some of the zoos favorites below:

Visit this page to see more animals in the Los Angeles Zoo.

What Zoos in California Have Pandas

They were the first but the only ones. Giant Pandas also came to the San Diego Zoo later on.

This was the latest zoo in California where giant pandas lived. The zoo returned them to China.

In addition, you should know that there are other parts of the US aside from California to find giant pandas.

The Smithsonian National Zoo, Zoo Atlanta, and the Memphis Zoo are currently the only three zoos in the US with giant pandas.

READ OUR FULL GUIDE: Are There Giant Pandas in The United States?

To conclude, no giant pandas are living in the LA zoo.

However, there were pandas in the Los Angeles Zoo before. They were on loan from China and only stayed for a short time.

Moreover, the LA Zoo and San Diego Zoo are the only two zoos in California that had giant pandas before.

However, there’s no zoo in California with giant pandas today as they have all gone back to China.

You can know different places to find giant pandas when you read our full article – “What Zoos Have Giant Pandas?”.