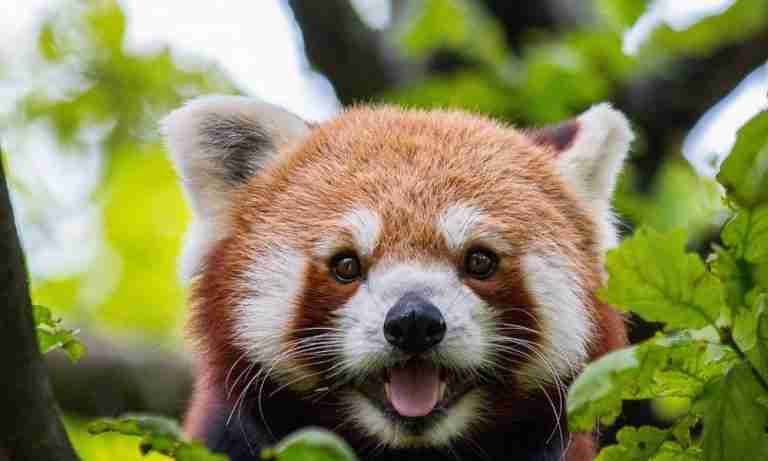 No doubt, the red pandas are a set of fluffy animals. In fact, most of us considered red pandas adorable!

If you are wondering why red pandas are so cute, here’s your answer!

Let’s look at 23 different reasons why:

1. They remind us of babies

Studies have shown that humans are drawn to pandas because they remind them of babies. This is especially for red panda cubs.

Neuroscientists suggest that ” the red pandas’ fluffy cheeks and large eyes make us think of babies. “

This is seen as a psychological effect. This can be felt when we come in contact with these pandas. Our brains tend to connect with the cute red pandas.

A mere look at them makes us drawn to them just as we are drawn to babies!

This feature is one of the distinctive features of the red pandas.

A study carried out in 2009 showed the red panda’s preference for artificial sugar over plain bowls of water.

So far, they are considered unique. This is because they are relatively the only non-primates that can taste artificial sweeter!

3. They have the sweetest smiles

Although the red pandas are not exactly friendly, they love to smile. They usually give the sweetest smiles.

These smiles are involuntary and very wide. Most people refer to it as a “grin”.

4. They can stand on their hind legs

They do this by raising both of their legs in an upright position.

This attribute makes the red pandas adorable to watch.

Check Out: Why Do Red Pandas Put Their Hands Up?

5. They have a pseudo thumb

The pseudo thumb of the red pandas is also what makes them outstanding. There are only a few animals with pseudo-thumbs.

They also have very flexible bones at the wrist. This way, they can easily handle little objects with their hands.

More so, the red pandas can stand upright on their hind legs. When they stand, they can move from place to place.

They play with the snow too. Other times, the red panda’s somersault.

All these attributes can be linked to babies so we consider them cute!

Check Out: All About Red Panda’s Birth

6. They have doll-like features

The red pandas have big heads, large eyes, and round faces. Their faces are usually smooth outwardly and soft to the touch.

These are the exact features of baby dolls. Naturally, humans and especially babies are drawn to dolls.

People buy dolls and keep them at home for decoration. Little children also use dolls to play.

These doll-like features of the red pandas, make us feel drawn to them since they look like dolls.

A look at the red pandas and you will notice their jaws are bigger than normal. They have large jaw muscles. This joins their head with their lower jaws.

These jaws are not just strong but powerful. With them, the red pandas can easily break down bamboo and eat it.

Interestingly, these strong muscles make their jaws look quite chubby and big. This way, their ears shake while eating.

No doubt, this moment alone is quite cute to watch.

8. They have facial markings

The red pandas have visible facial markings on their faces. It is a set of red lines which runs from their eyes to somewhere around their faces.

While these markings help to keep sunlight from their eyes, it also makes them look cute. The patterns and well-structured lines give them a cute look!

9. They love to wrap their tails around themselves

Usually, when it gets really cold, the red pandas look for alternative ways of protecting themselves.

Their physiological activities tend to decrease to the barest minimum.

This time, you see them gather their tail around their body and sleep. Their tail helps keep them warm at night or when it is cold.

Other times, the red panda’s tails serve as a pillow. A mere look at this sight is adorable.

10. They climb down trees head-first

Like other primates that can climb trees, the red pandas are unique. It is easy for them to climb down trees with their head first.

They first go with their sharp claws which support them when climbing.

11. They have multiple color combinations

It is easier to say the red pandas are just red with a touch of black spots. But do you know they have other colors?

If you take a closer look at the red pandas, you can spot other colors. Their colors include: red, black, white, and spots of yellow and orange color.

12. They love to grab bamboo shoots

The red panda has an extra thumb to help it grab bamboo shoots.

The way it grabs the bamboo shoots will remind you of how babies grab your fingers.

Although the red panda’s furs are not as soft as they appear, they are good to look at.

They are usually reddish-brown wooly undercoats. These furs are protected by long guard hairs.

The red panda’s furs protect them from cold winds.

This is almost unbelievable but it is exactly the truth. The red pandas are a shy species of animals.

They would rather spend the whole day alone than interact with others.

Other times, the red pandas result in spending hours in trees or even eat lots of bamboo.

15. They look adorable when napping

They are one of the few animals that look adorable when they nap.

The red pandas are considered adorable nappers because of how calm and relaxed they look when napping. It is either they are dozing on trees or on the ground.

When compared in size, the red pandas are the same size as a house cat. No doubt, people take cats as pets because of their petite nature.

The red panda’s stature makes them look cute. This is because it is easier to cuddle and hold them that way.

This sound is made only on special occasions. The red panda’s tweets especially during the mating season.

They make “twittering” sounds to indicate their interest in mating with the females. This is likened to the twittering humans make towards females too.

Although they are popularly known as the red pandas, they have other names.

In 1821, the red pandas were referred to as “wha” because of the loud cry they love to make. This “wha” cry is heard when the red pandas are in danger.

Check Out: Are Red Pandas And Racoons Related?

Most times, the red pandas would either spend all day on trees or walk on the ground. They eat in the trees and even sleep there.

The few times they come down, they have seen waddle-walking.

They do this by bringing their short legs in front of them and this is usually bent inward. This is considered the red panda’s signature walk.

20. They love to feed on bamboo

The panda’s favorite food is bamboo, and they tend to eat it for the rest of the year. If you watch a red panda eating, you will notice how adorable they look.

The way they chew the bamboo in their mouth is just so satisfying to watch!

21. They have striking eyeballs

This makes their eyes look striking and undeniably cute.

There are many reasons why red pandas are absolutely the cutest! Their appearance and behavior say it all.

Did you know that there’s another cute panda out there in the wild? Click here to learn more about giant pandas.